1999 I had the opportunity to work with Freys Hotel which was my first real case – this case created a lot of interest in media and among students.

After that followed turn-arounds where I continued to develop a radical, practical way of organising and leading companies and workplaces that allowed groups of employees to have impact and take charge of the business they are themselves involved in.
I was CEO in Komanco, Excosoft and also helped Wäxthuset, Carotte and Mäster Anders (small business in different industries) during those years.
The results were very satisfying but the method still controversial

Tuff Leadership Training was founded 2003 and provides training for managers and co-workers who want to develop skills to be able to work more involving.

We train managers in a style of leadership, that produces motivated, responsible employees and self-reliant teams.
We serve large organisations as well as small start-ups in tech.

Most people that apply for many, many job positions without succeeding have something in common. They often have an attitude or a way of being that there are not aware of that is unhelpful and hindering, which keep them unemployed.

The dialogue method I developed many years ago is about creating awareness around attitudes or ways of being, so that they become obvious and therefore changeable.
For the job seeker it suddenly becomes obvious that their mind-set determines their action, and those they – if they wish – can change mind-set.
To be skilled in this you must have very developed listening skills paired with an empowering way of being, and that is what you train to become masterful in this method. The reward is big changes in people that they drive themselves that then leads to result.

Me and my colleagues have trained thousands of job officers, job coaches and social workers in this and the method is also taught at some of the universities in Sweden.

Mötesbokarna, a telemarketing company –was acquired in 2012 with the purpose to transform from hierarchical to employee

driven.
Today that done all the way, and is run by a committed team without any manager.
The service quality –among other things – is affected for the better, so the company is constantly expanding due to a growing number of satisfied customers.

Practical leadership training is much tougher than learning theory; putting new skills into practice and having the courage to drive change is 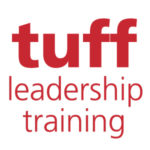 even tougher. And perhaps the hardest, toughest thing a manager can do is exercise the kind of leadership that is based squarely on trusting the capacity of his or her staff.
We will put you through intense leadership training in common, challenging management scenarios and provide substantial personal feedback. More info…

Karin has been experimenting with employee-driven organisations and self-managing teams since the nineties. She shares the

approach she’s developed which involves “giving all of the authority away” and then coaching people in a higher level of communication skills, resulting in radical and rapid transformations.
Listen to learn about how she transformed nearly a dozen companies and the successes (and failures) she encountered along the way.